Request a CAll back
Add to wishlist
Follow
Description

*Lead based on standard stereo, if your stereo is amplified additional cost/lead may apply

The CC9068 comes with Bury’s number one voice dialling chip as previously used in their CC9060 range. The voice dialling is the best on the market, originally designed specifically for the Bentley it had to work successfully whilst the vehicle had its roof down and travelling at 100mph along the Autobahns in Germany. This allows you to control the CC9068 whilst keeping both hands on the steering wheel, allowing for safe driving.
Music streaming via bluetooth is an upgrade from the CC9060 Plus, with a built in 30w amplifier you can listen to all of your favourite tracks. Also included is a micro USB charging cable installed in the glove box, allowing you to charge your phone on the move, all other connections are available at an extra charge but due to fitting, these will have to be purchased at time of booking.
Other features of the Bury CC9068 Bluetooth Hands free Car kit are multipoint, this allows the connection of 2 phones at the same time, and another key feature of the CC9068 is the magic word function. With a single voice command you will be able to activate the voice control and be able to use the CC9068 without having to touch the screen. 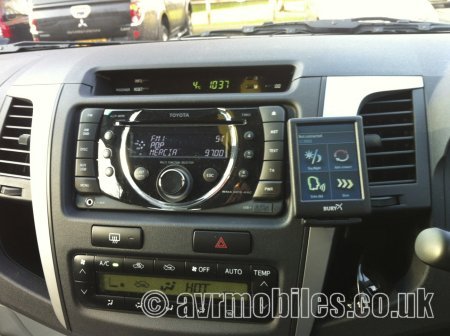 • Dialog Plus Voice Control – Extremely accurate voice control and word
recognition, without voice training and with visual and acoustic user support,
you can fully control the Bury CC9068 App without taking your hands off the steering
wheel.
• Music Streaming – Listen to your favourite tracks through bluetooth
music streaming
• Touch Screen – Menu, call handling and volume control through the
touch screen
• Charging Function – Micro USB charging cable included to allow the charging
of your phone whilst in on the move
• Magic Word – Activation of voice control with a single voice command
• Multipoint Function – Allowing you to pair and use 2 phones at the same
time, ideal for business and personal
• Text-to-Speech -The Bury CC9060 will read out text messages, emails and
phone book entries*
• Voice Dialling – Allowing you to make a call with voice commands
• Separate Level Adjustments – Alter the microphone and speaker settings
via the HFCK menu
• Make Simultaneous Phone Calls – Hold and switch between calls, conference
call with up to 7 participants*
• Screen Display – Shows contacts, call log, reception quality, handset
name and name of network provider*
• Storage Capacity – maximum of 10 handsets, 1,000 text messages, 150 voice
tags, 15,000 contacts (up to 1,500 per handset)

The Bury CC9068 Bluetooth Hands Free Car Kit is the successor to the popular Bury CC9060 Plus Bluetooth Hands Free Car. In the same way as the Bury CC9060 Plus the Bury CC9068 will be controlled via the touch screen, it also has Bury’s superb voice dialling, originally designed for Bentley it is the best on the market. This allows you to control the device by voice control, you can make, receive, adjust volume and play music all without having to touch the screen.
The Bury CC9068 Bluetooth Hands Free Car Kit comes with new features including a 30w built in amplifier allowing music streaming via Bluetooth, the CC9068 also comes with a micro USB charging cable (apple adapters can also be purchased) allowing you the charge your mobile phone on the move. The CC9068 is equipped with the multipoint function allowing you to pair 2 phones simultaneously, perfect for personal and work. 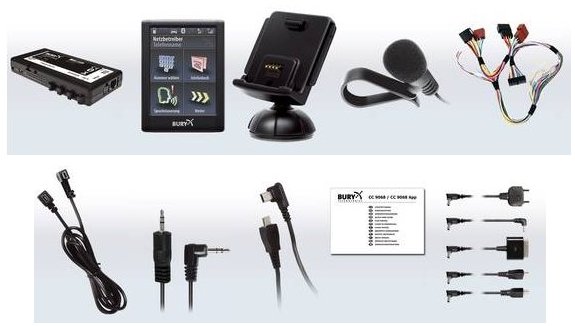 Supply & Installation Warranty
Our supply and installation of hands free car kits come with a 12 month* on-site warranty covering parts and labour. If the unit develops a warranty fault within that time and needs replacing we come to site and replace with new parts. With a supply and installation of a hands free car kit you will also receive lifetime technical support regardless of whether you are out of the initial year warranty giving you peace of mind on your purchase.
At avrmobiles.co.uk we pride ourselves on our service, we give all customers existing or new the same level of care and attention. If you are unfortunate enough to have an issue with your car kit our highly skilled technical staff will talk you through solutions over the phone, over 85% off issues are solved in this way, if required, a service call out will be booked, a service call is given the same priority as a new hands free car kit installation showing we value all customers.

Supply Only Warranty
A supply only warranty is 12 months* This is a parts only warranty, you will receive technical support for the product however advice in installation can only be given if you purchased an installation from us. This is a replacement service once faulty goods have been received by they will then be replaced.
*Some car kit manufacturer’s work under EU rules where they give a two year warranty from date of manufacture. This is not a 2 year warranty from date of purchase, but from the date stamped on the main box of the hands free car kit itself. If you are out of warranty (over 12 months) and you have had a supply and installation of a car kit which you would require a visit for a fault out of warranty, and when we get to site the parts are stamped within the 23 months, then we will still change the parts for free on the manufacturer’s that offer this length parts warranty. (only labour would be charged outside of your warranty in this instance). If the manufacturer does not offer this, or the parts are over 23 months then parts would be chargeable also.

Our objective
The idea of the business is that if you give customers the best possible advice, service, installation, customer support and value for money, then in return this service is rewarded with customers purchasing, coming back again and recommending us to friends and colleagues.

Non-governed industry leaves customer vulnerable
Not many customers are aware that our industry and safety quality is not governed! We believe this is crazy when you consider some of the damage poor installations have done over the years, including total write offs from electrical problems. On a daily basis we see cars and reports on dangerous installations and the public are not made aware of just how dangerous a mistake on cars electrics can be. Surprisingly it is for us retailers to self-certify ourselves, and not all retailers do this.

Being the cheapest or being the best value: two very different things.
Being the best value for money in terms of price, product, service, installation, advice, after sales support as a whole package is what we are about.
Being the cheapest? Well sometimes you can find a bargain, but more often than not people are the cheapest for a very good reason, or should that be for a very bad reason. As a customer we recommend you do your homework. Do not instantly think ‘cheapest, bargain!’ but ask yourself why are they so cheap? Does the company have an address, do they have a land line phone number, do they have good reviews and reputation, are they FCS registered, shop safe registered. Is this a company you can trust, do they have office staff to help with technical queries, complaints and problems. Are you only dealing with one person? What happens if you have a complaint against this one person?
We hope this advice helps you make the correct choice on your supply and installation of Bury CC9068 Bluetooth Hands Free Car Kit. Be it with us or another company, we would welcome your business, but if we do lose your business we want to ensure you are in safe hands with whoever you choose.
With good sensible research you should have a happy and safe shopping experience.
Gavin Rees
MD

We deliver to the United Kingdom only.

When you order online from us, we aim to process all orders within 24 hours Monday – Friday. Please allow up to 3 working days for delivery.  We will use a tracked delivery service to deliver your product and it may require a signature.  Please note some items will be shipped directly from the manufacturer.

If we are coming to install your product for you, it will be delivered to you before your installation date, unless you have purchased van locks, which our fitter will bring with them.  Please let us know 48 hours (Monday to Friday 09.00-17.30)  prior to your installation if your products have not yet arrived.

If you wish to return an item to us, please call us on 01923 200930 for a return authorisation code. The item must be sent within 14 days of receipt to the address below with the return code clearly marked on the package:

It is the customers responsibility to pay for return costs unless the product is damaged or faulty. Please report any faulty/damaged items within 48 hours of receipt. We recommend using an insured tracked delivery service to return items. 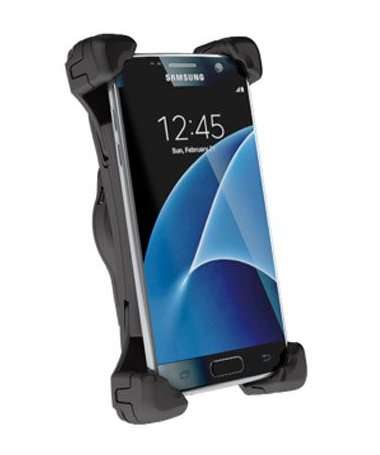 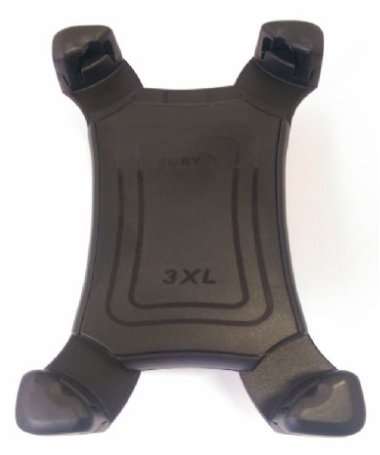 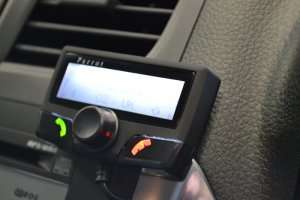 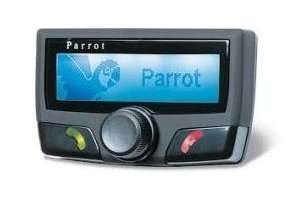 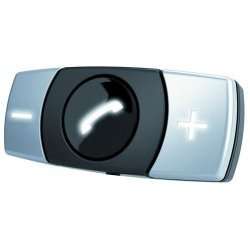 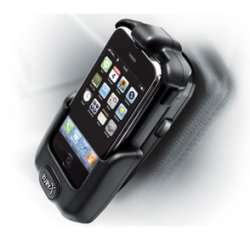 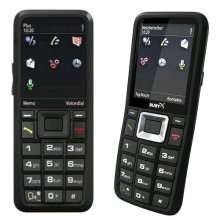 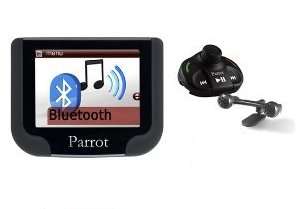 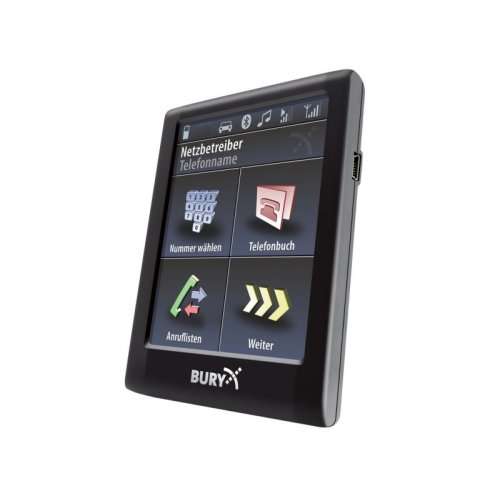 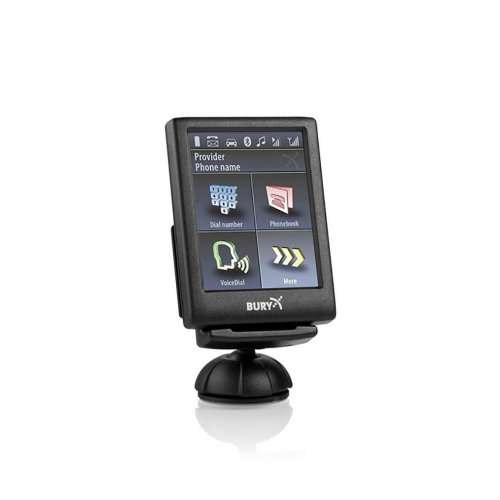 Get a quote
Shopping cart
close

Create an Account
Start typing to see products you are looking for.